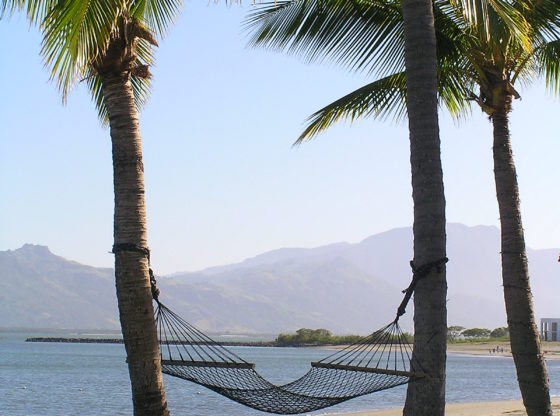 Nothing conjures up images of tropical holidays than the words “Pina Colada” or “Hammock”. Nothing is more overrated than the Pina Colada and the Hammock.

Everyone talks about them but who, in fact, actually drinks Pina Coladas?

And, personally hammocks are just uncomfortable! Let alone try making love in one – as suggested in the 80’s teen flick, The Sure Thing.

Give me a caprioska, a book and a towel on the sand.

The hammock is often pictured tied between two gently swaying palm trees on the edges of a white sandy beach with ocean lapping at the shores.  Why has the hammock become the symbol of tropical holiday when in reality it was originally the sleeping method of early sailors who camped well below deck in the dark, damp, rat-infested gun decks?

If I am so indifferent to the hammock, then why am I drawn to them?

Italian Designer Paolo Navone is known for her dis

After a few failed attempts and exhaudting our ma

I don't really care where this is, but i need to