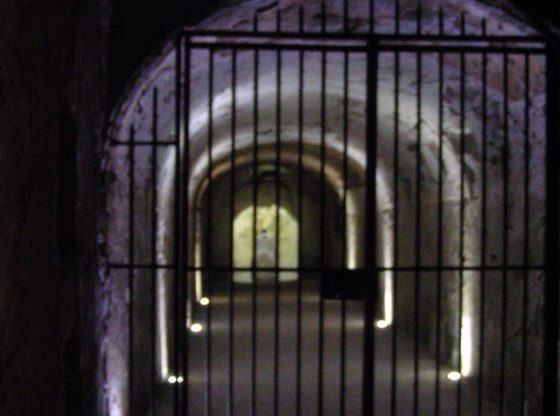 I didn’t even know that Row 87 existed.

I do wish, however, that I never ‘discovered’ it, but here I am sitting in it on QF 11 heading to New York via Los Angeles. It has felt like a never ending journey, and I still have 14 hours to go.

Just getting on this plane felt like a journey in itself as I passed through Economy cabin after Economy cabin. It felt like when you drive through a city and you leave the good suburbs behind with their manicured lawns and tree-lines streets and in each new suburb, the front yard is a little more overgrown and with each passing suburb the number of rusted car carcasses increase.

The upside to being in Row 87 is that the 5 toilets for this section are only 1 row away. You get to feel the humanity up close and personal, as everyone crowds around your seat doing their little “hurry-up-I’ve-got-pee” dance, while making judgements of what you are watching. Look, I haven’t seen Kung Fu Panda, OK? Don’t judge me.

Every time I hear the toilet’s vacuum flush (which is constant) I secretly imagine another “pee dancer” being sucked out of the plane. This would really free up some space up front. Whoosh. There goes another one.

Of course it is worse around service time when the people sitting at the front of the plane (not the real front, but the Economy front) have already finished their meals. I believe that eating celebrity-chef-inspired food off a tray must trigger a message in your bladder saying “I’ve gotta go….now”. Like watching the wildebeest migration in the Serengeti, they all get up at once and head for the toilets at the rear of the plane. Like the crocodiles in the Mara river, lying in wait to impede their progress is the food trolley as the Crew try to serve the rear of the plane. Then the life and death struggle begins as the Crew play Frogger (old school arcade game reference…ask your parents) as they go backwards and forwards trying to negotiate space and hand out lukewarm “sorry we don’t have your choice” meals to those in the surrounds of Row 87.

Whoosh. There goes another one..

This A380 is so big that doing a lap, as recommended in the inflight magazine to avoid deep vein thrombosis, I was in more danger of pulling a hamstring as I recorded 5,579 steps on my Fitbit. I was certainly in more danger of causing an injury to the protruding limbs finding their way into the aisle. I was thinking I could really do some damage with one of those food trolleys….no wonder cabin crew are always smiling. They know the game.

Whoosh. There goes another one.

The seat configuration in this section is 3-4-3. The new livery still doesn’t hide the fact that you are trapped in like sardines. Another upside to Row87 is that most people want to sit as far forward a possible. No-one willingly allocates themselves seats so far down the back. It’s a bit like Daveron Park, you’ve heard of it, but you don’t know where it is or know anyone who has ever been there. This “I’m-not-going-to-the-dark-side” attitude in seat allocation has mean that I have an empty seat next to me. This little sardine feels less like the one that John West rejected.

Whoosh. Another one gone.

Of course the reclining seat in front still feels like a personal attack from the enemy. Nothing is more confronting than watching the seatback coming towards you at an alarming rate. Too late, no time to untangle your legs. Too late to lean down to get any of your comfort items from your bag under the seat. Too late to use the tray table as the angle of the seat prohibits any practical uses. Too late to watch the entertainment system in any comfort. When I was young, my mother used to warn “don’t sit close so to the tv, you’ll ruin your eyes”. She was a very wise woman. And while we didn’t end up with square eyes, she knew that watching a screen 5cms from your face is not a good thing.

Whoosh. Another one gone.

Whoosh. Bye bye, whoever you are.

Another added benefit to sitting in Row87 is that you get to spend more time on the plane than those at the front. When the plane lands and the “quick-every-one-stand-up-ding’ can be heard, you get to stand in the aisle for what seems like hours. I’m sure those at the front of the plane had already disembarked, claimed their luggage, passed through customs, navigated the traffic and were already home in bed before Row87 has even advanced to Row 86

Whoosh. Whoosh. Uh oh a double whoosh. I wonder if that’s two gone, or something quite stubborn not going?

Row 87 is also known as Death Row. It’s a long walk to freedom.